I am still amazed at the beautiful assembly the Little Bird’s class put on last week, in honour of Mother Mary and Mother’s Day.

Her grade one class did all the readings, all the blessings and all the tributes.

The Little Bird was responsible for doing the closing prayer, thanking the whole school and the guests for coming and introducing the Principal to say a few words. She did an awesome job.

She tried to rush her way through practicing throughout the week, and even got mad at me for how many times I tried to get her to read through it all, but I wanted her to be comfortable with it. She made me well up with tears at how comfortable she was.

I was so proud of her.

But the tears didn’t stop there.

The Principal introduced another teacher who went up to speak about mothers and women and how unfortunately cancer is affecting so many of those we love. We all know a woman touched by this horrible disease.

She told us of a survivor among us, one of the other teachers, who received a round of applause and lots of love and cheers for beating cancer, and we clapped for another teacher who also survived, but couldn’t make it that day. She pointed out the pink balloons behind her and asked each of the teachers to take a balloon.

The entire school was invited to go outside together, stand in a circle and watch the release of balloons in honour of women who have been touched by cancer, survived cancer or know somebody who may have lost the battle to cancer.

There wasn’t a dry eye in the room. I didn’t expect such a beautiful tribute and was honoured to be able to join the group outside to watch this beautiful gesture.

Outside the energy was high. The kids were excited to see the balloons. The adults gave knowing nods and smiles, aware that the reality is we’ve all been touched by this disease one way or another. 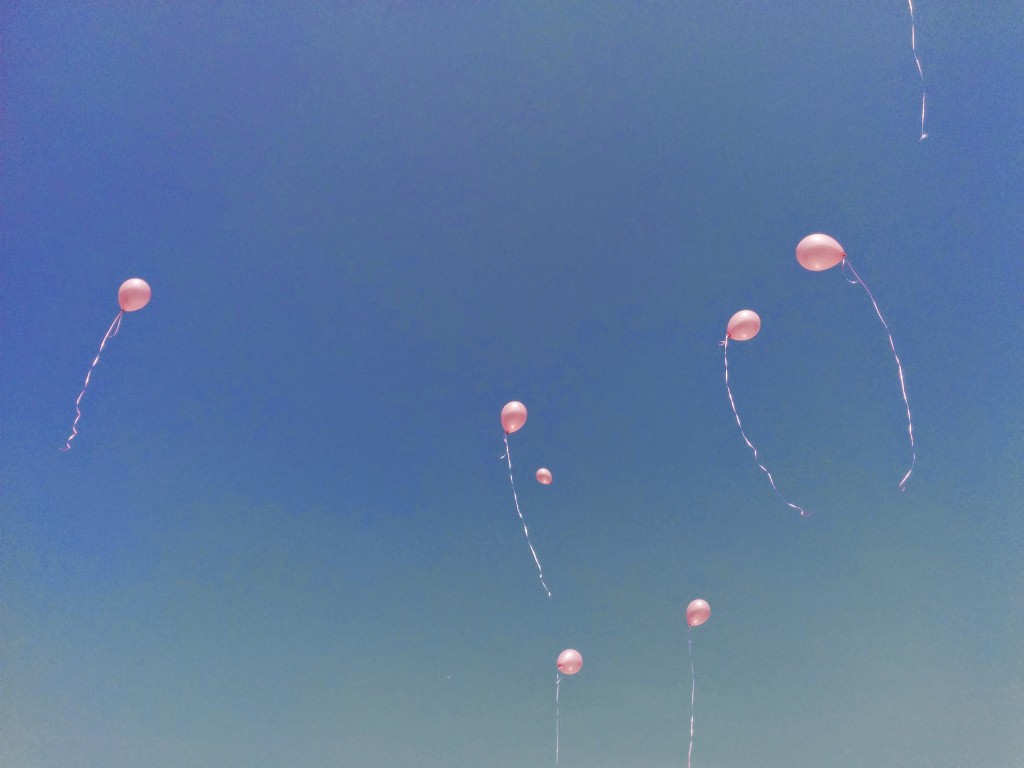 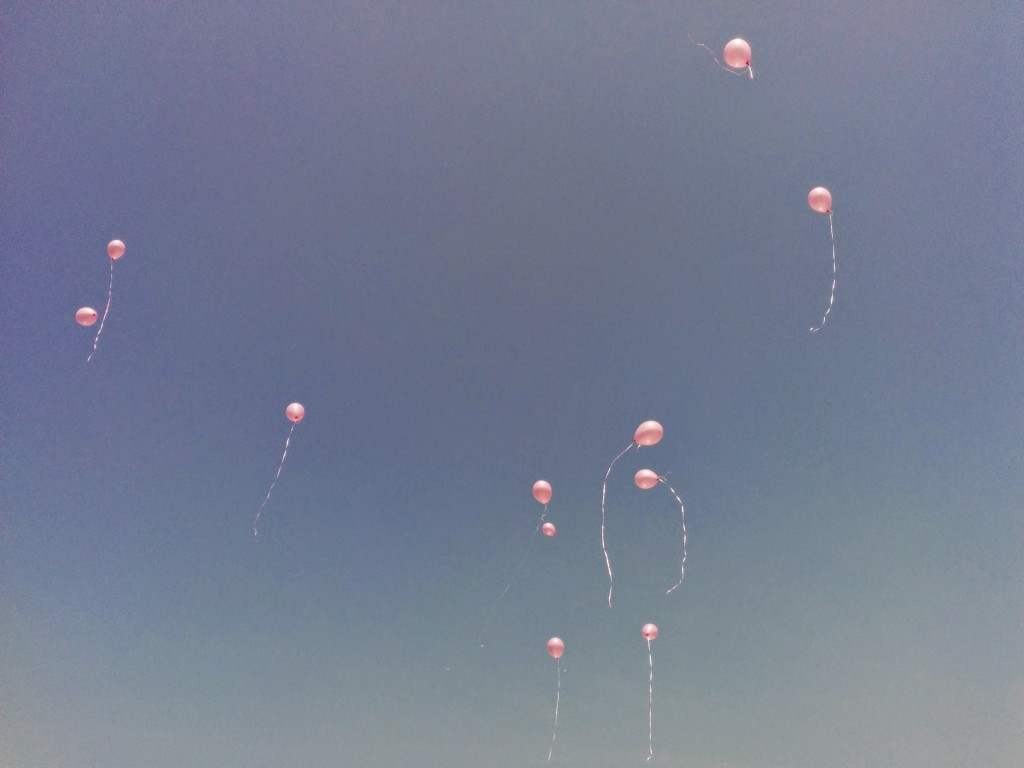 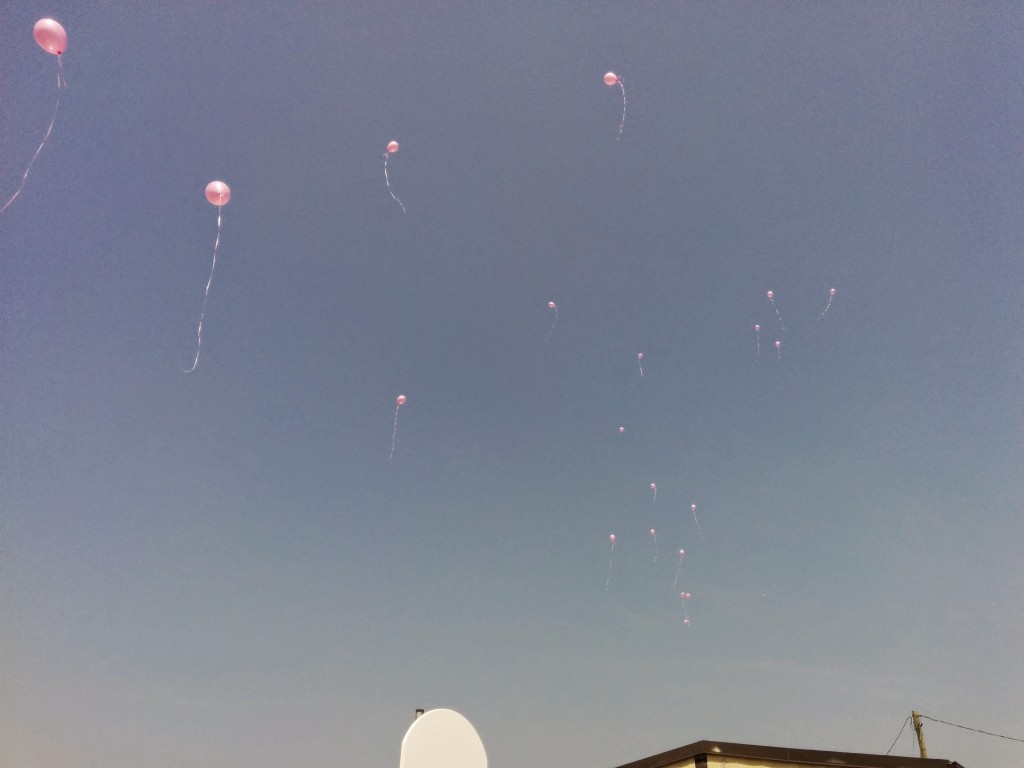 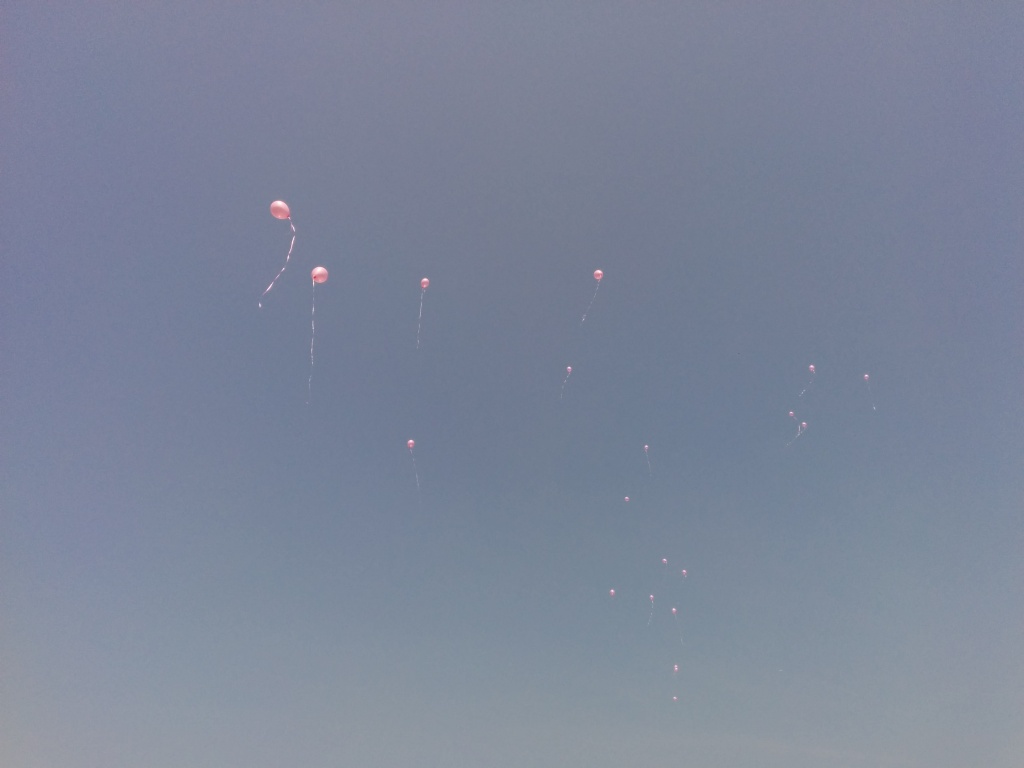 With a bright blue sky as the backdrop, the pink balloons floated above us as a moving tribute and filled the sky.

While releasing a balloon isn’t going to find a cure, it brought a school community closer together and standing in love and support for women everywhere.

I was moved to tears at how beautiful the entire day was and hope I never forget that feeling. I hope I remember it for my nonnas, aunts, cousins, mother-in-law and friends who have been touched by this unforgiving, and undiscriminating disease.

And I hope one day we find a cure.